WE ARE PROJEKTZ, AN EXPERIMENT, A COMPANY FOUNDED ON GIVING AND SHARING.

OUR VISION IS TO ENABLE ART TO BE SHOWN AND STORIES TO BE TOLD THAT WILL SHINE AN INTENSE LIGHT ON TRUTH AND A PIERCING REFLECTION BACK ON REALITY.

WE ARE A COMPANY RUN BY COMMON PEOPLE WHO SEEK TO PRODUCE ART, TO WORK WITH ARTISTS AND ALLOW THE TRUE CREATORS, THE CREATIVE MINDS CREATIVE CONTROL OF THEIR WORK.

WE WILL COLLABORATE WITH THE BEST PEOPLE TO GIVE OUR WORK TO THE WORLD FOR FREE AND TO ALLOW OUR AUDIENCE AND FANS INSIDE THE WORLDS WE CREATE. 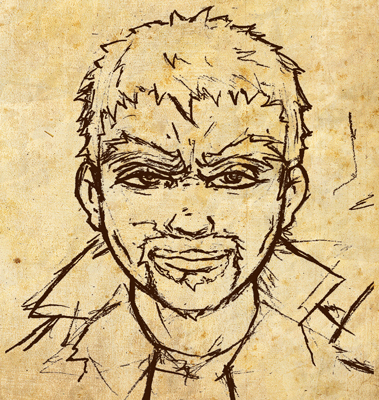 Jakub completed a Bachelor of Visual Arts in Fine art/Printmedia and drawing at the Australian National University and studied 3D animation whilst working as a nightclub bouncer and security guard. Art and freestyle wrestling have been huge passions in his life, Jakub draws from his parents strengths to empower his art; his mother an artist and his father an olympic level wrestling coach.

The Atlas Projekt began on scrap pieces of paper when Jakub was working as a security guard at Centrelink. In the three years since, he has worked tirelessly to develop his style and technique to create The Atlas Projekt world from the ground up. The vehemence of this work moved others to join with him, and now Projektz is an amazing team of talented individuals who combine strengths and ignite one another.

Jakub's dream is to build an awe inspiring, multi-tiered Australian company that will last generations and inspire others. 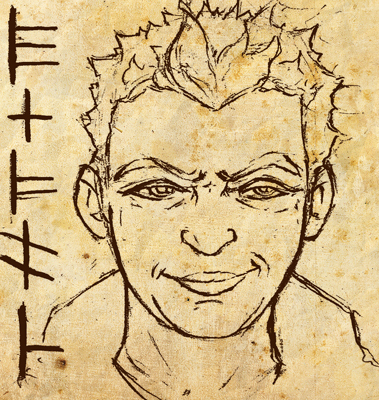 Tim is the Atlas Projektz purveyor of arcane web arts, and lead technical officer. Tim first discovered his passion for all things computing when he was 8, playing around on the family's 386.

He has since worked in a diverse set of roles from starting out as a computer technician, to unix systems administration and web design and development.

Tim is a pure geek at heart, and when asked to help bring such an epic fantasy universe online, he was eager to lend his aid to JakubÂÂÂs cause.

Tim is also passionate about open source software, and is looking forward to using his time with Projektz to support various open source endeavours. 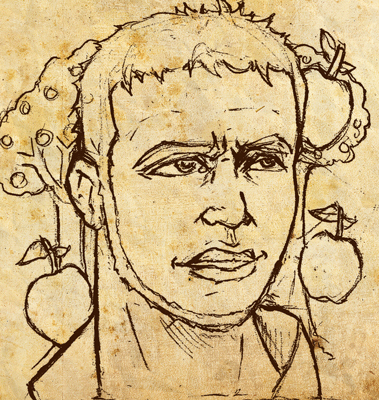 If producing free online graphic novels were a sport, he'd be on the bench, in charge of cutting the half-time-oranges (with a plastic knife)

David does a bit of editing, occasional creative contributions, loads of supportingÂÂ (arguing with) the rest of the team, and he'll distract anyone from doing proper work with crazy ideas that are occasionally accepted!

Outside of the Atlas Projekt, David is a guy who professionally dabbles in stuff... he is an up and coming actor who is still searching for his "big break" which has consistently eluded him. He's also into planting apple trees on his farm with ambitions to make "the best cider the world has ever tasted" and yep, you guessed it, he is also into cryptocurrency mining!

David graduated from the Australian National University with a BA majoring in philosophy and english. since then he has worked for the government before becoming an actor and a budding entrepreneur.

David wants the Atlas Projekt to reach out to those who have a love for art and creativity and wants non-graphic novel readers to fall in love with the medium as he has. 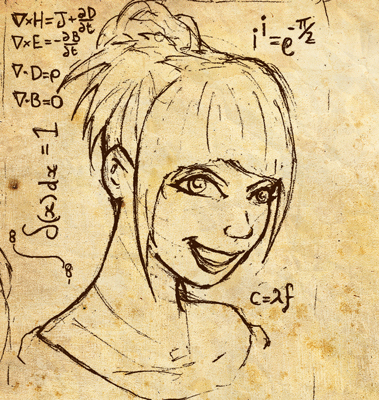 Born in 1988, Fiona has had a love affair with maths and science for as long as she can remember. She was 17 when she read about Nikola Tesla, who became her hero and inspired her to pursue engineering. In 2015 she will be entering the final year of her Bachelor of engineering, majoring in electrical power, at the University of Tasmania.

Fiona is Jakub Rejlich's partner and together they have worked on conceptualising the world and directing the flow of the story. 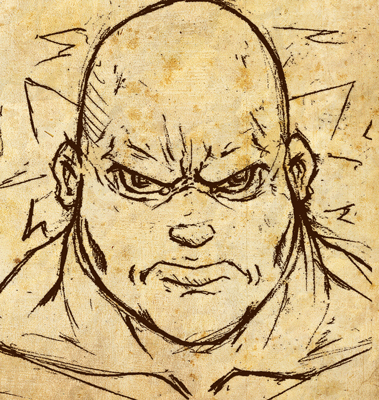 He knows no fear. 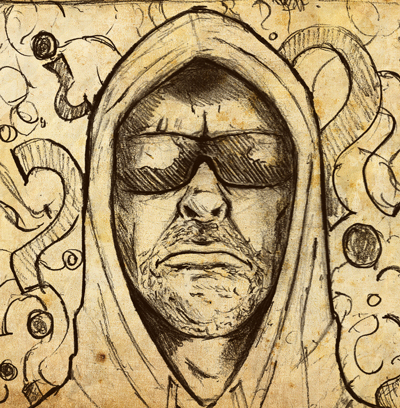 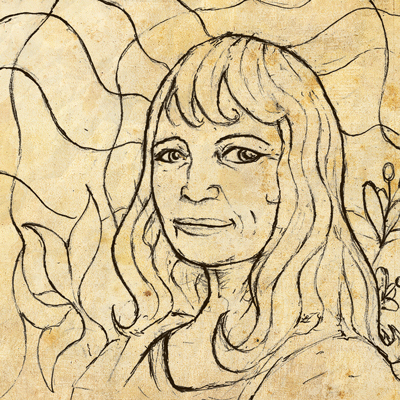 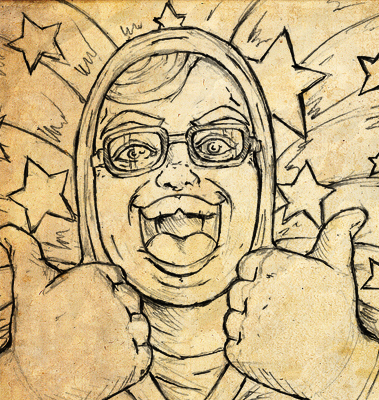 Jayson Jenkins was born and grew up in Ohio, the most boring state in America. He is a digital artist who began by drawing fan art of the anime that aired on Toonami, way back in the day.

His dream is to sit back and get paid to do absolutely nothing, but sadly, since this is not a viable job the next choice is to do what he loves. Drawing!

Before appearing online as the artist "daJENKI" Jayson was foolishly studying a medicine degree, until he was struck with the epiphany that he hated it, and where it was taking his life.

After two years of no drawing he picked up the pencil again, and worked with a new determination to produce amazing art that he can be proud of. So now he draws every minute he can, living the life of the 'Starving Artist'. 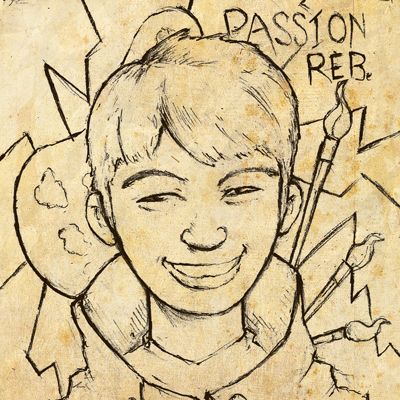 Kael Ngu is a Concept Artist and Illustrator who resides in Malaysia. Kael's childhood was filled with comics; he has always been fascinated by the wonder of art and drawing and continues to explore many different styles and genres in the medium.

Kael is a graduate of The One Academy and has a background in Digital Animation. Kael works full time as a concept artist for a local game studio in Malaysia, Passion Republic, and is currently creating his own personal comic project, 'Muddled' 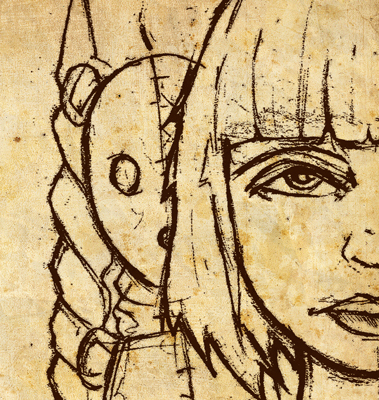 Born in 1988, Cassandra was eight when she first read Moby Dick and Tolkien and when her curiosity for design was animated via some socks which she refashioned as donkeys.

She graduated from the Australian National University in 2009 with a Bachelor of Visual Arts (Hons) in Fine art, Sculpture. Cassandra works as a plush designer, sculptor and editor for the Atlas Projekt.

Cassandra lives with her husband, their two children, three cats and two rabbits in the beautiful bushland of rural Australia. 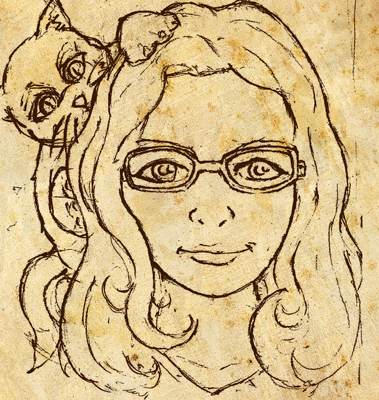 Born and raised in Bulgaria, Pamella graduated from the National School of Fine Arts with a Degree in illustration and is currently working on her Bachelor's in film and animation. Pamella claims to be 101 years old - this is because she is crazy and loves cats so much she determines her own age in cat years. On the top of her list of likes (next to cats of course) is greek mythology, fantasy, crime and detective literature (and yes, she loves detective mittens).

Pamella loves to kick back with a good book with her cat "May" on her lap and delve into her favourite authors, Terry Pratchet, Agatha Christie and P.G. Woodhouse. (although she'll never admit it, she has read and loves the Vampire Academy series, but mostly because it is May's favourite too.)

As for Pamella's part in the Projekt, David Wiesner put it simple and true: "Awesome is the first thing that comes to mind" and mentions of being a "Badass renegade artiste", were said, and there were witnesses to prove it.