Explore the World : The Sireene 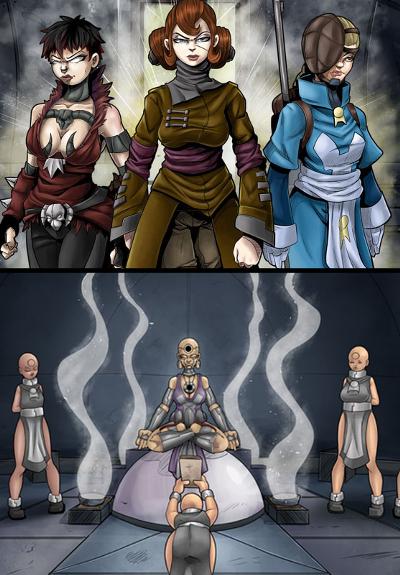 “ The Psychotic Sireene Obtain the Dream State though barbaric, masochistic endeavours that incorporate years of meditation. After many, many years of this nonsense they can assume that state at will.
We of culture have found an easier method to acquire the state by means of the catalyst Argus Proxi.”

The Sireene are a shamanic order of female warrior monks. Led by The Matriarch, the Sireene have protected the population against the insidious terrors and dreads of the night for thousands of years. The Sireene protect all cities and people of the north against the tyranny of Rorashadan and hold the lands against those who seek to destroy all of civilisation on Spiravotum, The Barbarians of the Dreaded Plains.